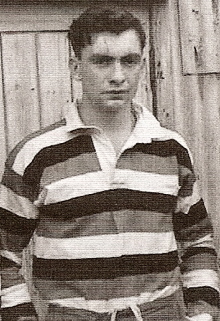 Brendan played first class rugby from the age of 17 with the likes of Geoff Frankcom and Brendan Perry who were much the same age and formed a formidable trio.

A brilliant attacking Centre on his day, he was dogged by injuries.

He was a policeman in the Bath City Force before it’s amalgamation into the Avon & Somerset force.