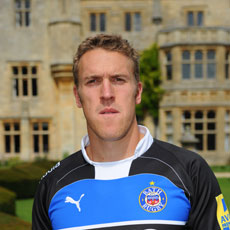 He was a dynamic ball carrier from the base of the scrum, an accomplished line-out forward and was well known and respected for his hard work and dependability.

His ability to play across the whole back row saw him selected for every match day 23 in the 2010/11 season.

Having excelled in the England Sevens team, Ben was selected for England and won his first cap in June 2007 against South Africa.