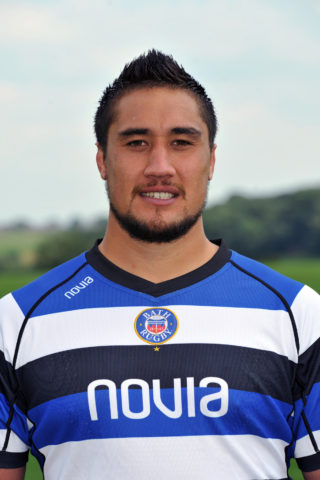 A hard hitter who possesses a powerful hand-off, Houston arrived at the Rec having spent two years in France, including a season with Colomiers in D2 where he made a quick impression on local supporters with his powerful running and deft hands.

A Super 15 winner with Queensland Reds in 2011, New Zealand-born Houston has previously represented Australia A, as well being selected as an 18-year-old to tour Europe with the Wallabies in 2005.

Played 91 times for Bath (89 in the Premiership), scoring 11 league tries

Leroy was a cult hero at the Rec, even getting a personalised elongated name announcement. Not only did he give his all in attack and defence on the pitch but he was all smiles and always had time to meet the fans, whatever the result.

Leroy returned to Bath Rugby in September 2016, answering a call to help out in the backrow where injuries had deprived Bath of their top players.

When he departed Bath he joined Bourdeaux Begles.