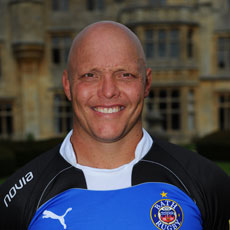 Zimbabwean-born hooker Pieter Dixon joined Bath Rugby from Western Province in 2005 following a long and successful career in South Africa. He originally joined Bath from the Stormers, for whom he made nearly 30 Super 12 starts and scored seven tries in a career that took him to the cusp of the South African international set-up. Pieter is a mobile hooker who has exceptional ball skills, and he also has good core set-piece skills. His scrummaging is strong, whilst his lineout work has earned much praise, and the all-round experience he brings to the squad is highly valuable. Pieter is a consistently high performer and can be relied upon whenever he is on the park, as evidenced by the fact he has made over 140 appearances for Bath so far. Joined Natal Sharks on leaving Bath.