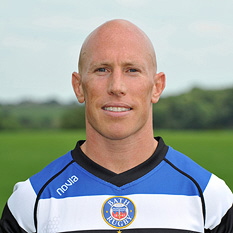 Peter Stringer joined Bath Rugby on a loan in January 2013 from Irish team Munster where he had made 230 appearances.

Known for his quick decision making, pinpoint passing and darting runs, it’s no surprise that his performances have seen him earn 98 International caps for Ireland, and he is one of just nine players to represent Munster over 200 times in 15 years.

Following previous loan spells in the 2011/12 season with Newcastle and Saracens, Peter returned to the Aviva Premiership with Bath, scoring two tries on his debut against Exeter in January 2013.