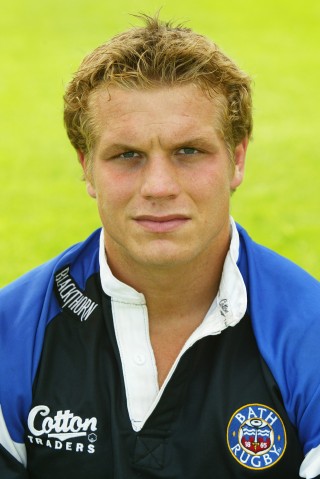 Lee Best signed for Bath Rugby from local rivals Bristol Shoguns following their relegation at the end of the 2002/2003 season. The classy full back was originally secured on a short term loan deal as cover during the 2003 Rugby World Cup, but impressed the Bath management sufficiently to be offered an extension to keep him at the Recreation Ground until the end of the 2003/2004 campaign. After spending four years with Bristol (where he played 63 times and represented England ‘A’) Lee made his Bath Rugby debut in the pre-season match against the Celtic Warriors at Sardis Road as a replacement for Matt Perry. He followed that up with a brace of tries in the victory over Exeter Chiefs, cementing a starting spot for the opening match of the league season at Leeds Tykes and crossed for a maiden Bath league try in the following week’s 24-6 win over Northampton Saints at home. With excellent speed and a fearless temperament under the high ball he was able to fill in at either full back or on either wing.