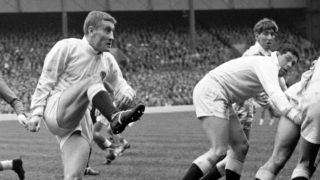 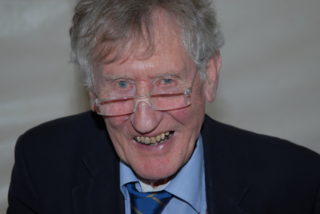 13 caps. Simon made his debut against Wales at Cardiff Arms Park in January 1963 a match which England won by 13 – 6. England went on to win the Five Nations Simon’s last cap was against Scotland in March 1965 in what became known as the “Andy Hancock match.”With Scotland leading 3-0 five minutes from the final whistle, Clarke fed the ball out to fly half Mike Weston on the English 25-yard line. Weston passed to winger Andy Hancock who danced his way through several Scots and plunged over the line after a 75-yard individual dash, which is still considered one of the most spectacular tries ever scored.

Simon made ten appearances for the Barbarians including against New Zealand in 1964.