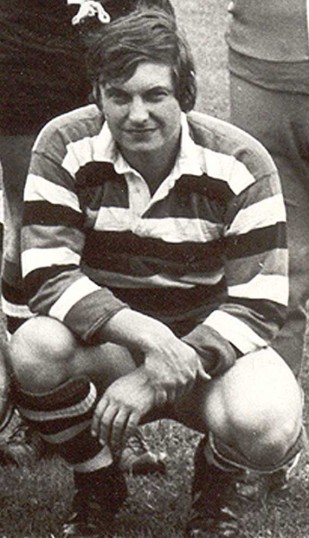 Honours: England Schoolboys U15 and U19, Somerset (23 appearances)

A fine attacking Fly Half who was very quick off the mark having been an England Schoolboy Sprint Champion. Formed a very exciting back line with the likes of Geoff Frankcom Brendan O’Mara and John Donovan

When he left the club he joined Bristol RFC.

Is a solicitor in Bath.

Father of Matt and son of Idris both of whom also played for Bath.