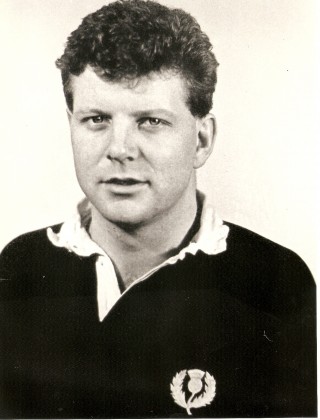 Education: Campion School in Essex and Prior Park College, Bath.

First played for Ilford Wanderers and beat the French in 1987 playing for the Anglo-Scots XV. Made his international debut against Ireland in 1988 and played in the 1990 Grand Slam winning team.

Left Bath to join London Scottish in December 1991 and subsequently played for Wasps. He also played for Bourges.

Was part of the hugely successful Prior Park School 7’s squad.

Runs his own construction business.