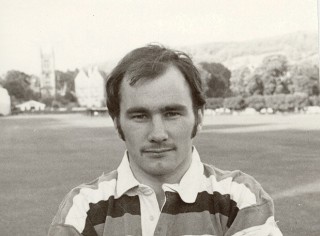 In February 1982 Damian finally confirmed his resignation as Bath Captain. It had been “a season of utter frustration.” He had played only two first class games since commencing as captain in September. He had hoped for some improvement since his cartilage operation, but was then beset with heavy business pressures. To cap it all, he was involved in a car accident, in which he was concussed.