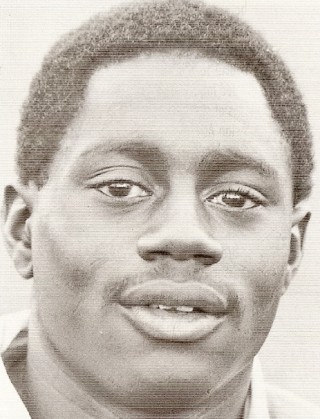 But for injury would undoubtedly have made an even bigger impact at Bath. Additionally England almost certainly lost their finest prospect at full-back for many years.He fractured a bone in his neck playing at Plymouth, keeping him out of the action for many months, the early days spent with a steel cage around his head to prevent any movement.

He as deprived of an Oxford Blue in 1991 by breaking an ankle in the Dubai Sevens tournament and then broke his leg  while practising for the National Sevens.

Full back Audley Lumsden made 120 appearances for Bath (scoring 64 tries) in a ten-year Bath career that began with a 12pts-10pts win over Northampton at Franklin’s Gardens in December 1986. Initially educated at Alfred Sutton School, Lumsden (already an England Colts international) signed for Bath from University in the 1985/1986 season and spent most of his Bath career in the amateur era. The neck injury curtailed his rugby playing activities for a while, but his character and grit and determination meant that he was always going to make a successful comeback. His sole appearance in the professional era came in the inaugural year, 1996/1997, in the challenge match with Wigan at Twickenham in late May, before heading west to sign for Gloucester. Audley gained his Oxford Blue in the December 1992 Varsity Match, and an England ‘B’ International.  He was a member of the successful Bath Sevens squads of 1994 that claimed the Worthington Welsh Sevens and the Middlesex Sevens.

A schoolmaster at Lord Wandsworth’s College.