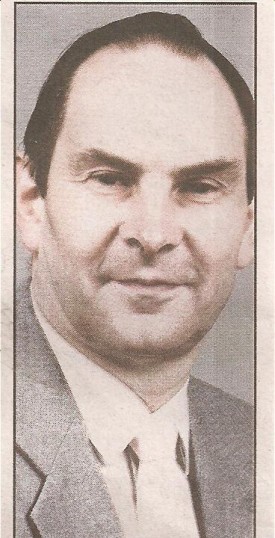 A Club Vice President, he was a Bath and Somerset County winger who made an immediate impact after his 1st XV debut on 1st October 1959.

In his second appearance versus Bridgend 3rd October 1959:  it was reported “the visitors were leading by a converted try, but out of the blue, Bath came back at them. Winger Richard Andrew brought the crowd to their feet with a brilliant pick-up and race for the line, which outstripped all opposition. Drewett dutifully converted.”

In 1960 the Somerset Seven-a-Side Competition was won by Bath, beating Clevedon in the Final.

In December 1961, Old Edwardians RFC formally requested that Richard Andrew play for them. His talent was soon put to good use with the Combination club.

In amateur days he served as Honorary Membership Secretary to the Bath Club aided and abetted by his wife Sue. At the start of the professional era, roles were reversed in service to the Supporters’ Club.

Sue became Membership Secretary and subsequently ‘Chair’ with Richard always available to help out. Their Membership numbers were Number 1 and Number 2 !!

Richard was a quiet man, justifiably proud of his two children Robert and Jenny. He loved his gardening, trips with the Supporters’ Club and golf with the Past Players.

It is pleasant to remember another of his pastimes. For a while he plied his way between Pulteney Weir and Bathampton as skipper of a pleasure boat. At a maximum speed of 4 knots he could observe nature and importantly – enjoy the pleasure with others. This was Richard’s way.

To quote Ratty from Wind in the Willows: “There is nothing — absolutely nothing — half so much worth doing as simply messing about in boats”.