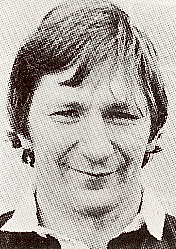 Achievements: Captain of Scotland B

Rob hails from Edinburgh and learned his rugby at Forrester School before studying at Northumberland College of Higher Education and Newcastle University. He played for Boroughmuir, Gosforth, Tynedale and Northumberland before moving to Bath in 1980.
He represented Somerset regularly and took his place on the Scottish replacement bench 14 times. In 1984 he captained Scotland B in their games against Ireland and France. Toured North America with the Scottish Squad in 1985.