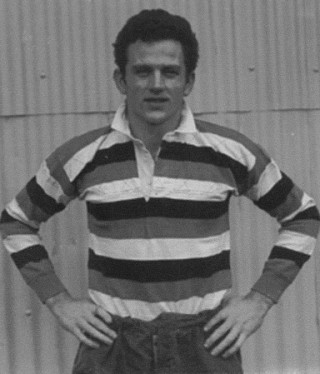 Career details: A member of the SAS he was climbing a mountain when the RFU tried to contact him to play for the England XV. In consequence he missed being capped.