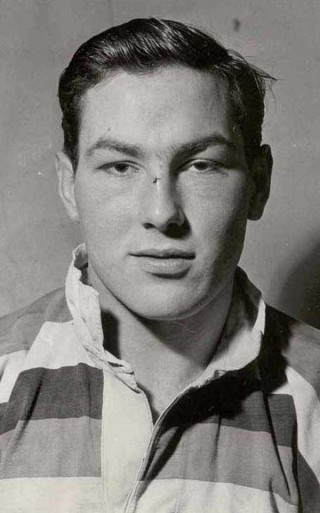 Honours: A former Schoolboy International who  originally joined the club as a prop forward.

A gentile man off the pitch, a superb leader on the rugby field, always reliable, he seemed to have eyes in the back of his head.
A man you would follow anywhere on the pitch. He was a farmer and had that natural strength and hardness which coupled with fearlessness made him a wing forward who put trepidation into the minds of his opponents and whose motto could  well have been “if we aren’t having it (the ball) neither are they”!

On the 3rd March 1974 the match against Bristol marked the 500th 1st XV appearance for Phil.

His dedicated training “stints” made him one of the fittest players.