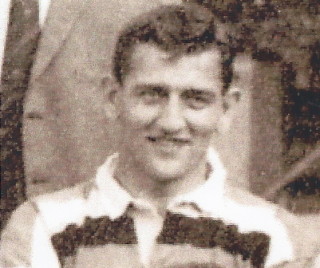 Joined Bath from Keynsham in 1963

His first game for Bath 1st XV was on the 1st October 1963, but he took over the hooking mantle in earnest against Bristol on the 7th March 1964. The previous hooker, Pat Hill, had been carried off with an ankle injury against New Brighton the previous Saturday.

Clive’s front row partners on that day, were the renowned Peter Parfitt, and W ‘Bill’ Carling, Will Carling’s father.

Left Bath to join Bristol RFC . Was in the brewery trade becoming a Director Courage Breweries.