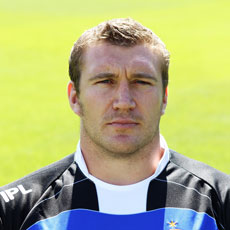 Joined Bath having played for Moseley, Leicester and RC Narbonne.

Left Bath in 2011 to join Exeter Chiefs but had to retire in 2012 due to injury. Is currently Director of Rugby at Canford School.