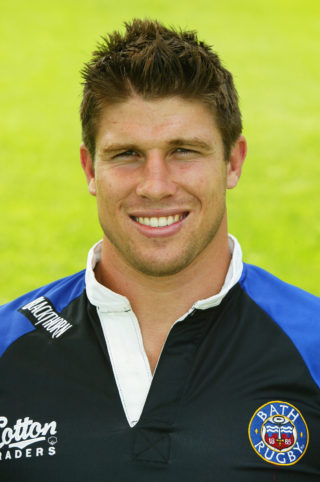 Born in London, Michael Lipman’s formative rugby career was framed in Australia where he was brought up as a youngster. Michael started out with new South Wales Waratahs ‘B’ under the tutelage of the famous Bob Dwyer, although he did not make a Super 12 start. He did however represent Australia at under-21 level whilst turning out for the Meringa club. Upon leaving Australia Lipman signed for Bristol and left the Shoguns upon their relegation in 2003 joining local rivals Bath Rugby. It was while with the Shoguns that Lipman was brought to national attention gaining selection for England in the non-cap match against the Barbarians at Twickenham in May 2003, a game that England lost. Lipman had talks with both New South Wales and the ACT Brumbies before agreeing terms with Bath and made his debut for the club in the pre-season clash with the Celtic Warriors at Sardis Road, Pontypridd, coming on as a replacement for James Scaysbrook. Michael’s competitive debut swiftly followed in the opening match of the 2003/2004 season in the 44pts-32pts victory over Leeds Tykes at Headingley and his first try came a month later in the 25pts-3pts home win over Saracens at the Recreation Ground. He went on to complete 29 matches in his first season with the club and was rewarded for his consistency with a place on the full England tour to New Zealand and Australia in the summer of 2004, making his debut, as a replacement, in the second test defeat against the All Blacks and gaining a second cap a week later in Brisbane against Australia.