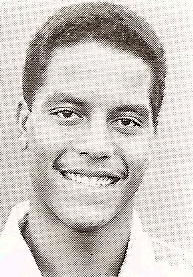 Of the six professional-era players who have made their debut against Sale, unarguably the most famous is the man crowned the ‘Prince of Centres,’ Jeremy Guscott. Guscott, who was to play 268 times for Bath (scoring 710 points, including 143 tries), was a fresh-faced youngster when running onto the field for the first time in a 7-25 defeat in December 1984. ‘Jerry’ was also a regular at representative level playing 65 times for England (30 tries), 23 times for the Lions (including tour matches, for 8 tries) and 9 times for the Barbarians (4 tries). Jeremy Guscott joined Bath through the minis and has played for the club his entire career, thus earning iconic status amongst many supporters. His rugby genius is unquestioned and although in the twilight years of his club career appearances weren’t as frequent, he will be recalled with affection in the future. Having played well over 200 games for the club and scored 143 tries, including 18 in the first year of professionalism (1996/1997) and 15 in 1998/99, Jerry’s place in the ‘Bath Hall of Fame’ has long been pencilled in. His exploits in both the amateur and professional eras are far too many to mention, but when the going got tough and Bath required a piece of magic Guscott was usually able to supply it. He memorably crossed for a hat trick in the 33-0 Pilkington Cup win over London Irish when the match seemed to be heading to a dull conclusion, and he also helped the club secure a Heineken Cup spot for the 1999/2000 season with four tries in a final day mauling of London Scottish in May 1999. It’s not only for his club exploits that he will be remembered though. Sixty-five caps for England and 30 tries bears testimony to that, and it was ironic that having burst onto the international scene with a hat trick in Romania, (going on to cross for nine tries in his first seven internationals) that he should leave crossing for a brace against Tonga in the World Cup. Perhaps fittingly, the defining moments of a rugby life took place not in the Black, White and Blue of Bath, but in the blood red of the British Lions, for whom he toured three times (Australia 1989, New Zealand 1993 and South Africa 1997). His try in the second test against Australia, on the way to a series win, and the winning drop goal versus South Africa bear tribute to a player who’s legend will live on long after his retirement.

Commenced his rugby career with Bath Mini Rugby when he was 7 years old, continued through all stages, including Bath Youth where his talents were recognised by senior coaches. Made his debut for Bath in 1984 at the age of 19.

British Lion, played in both Test matches against Australia and scored the clinching try of the series. Played for Home Unions against Rest of the World.

After a successful season with the England 1st XV he toured with the 1993 Lions, playing in all 3 tests against New Zealand

Guscott’s prodigious if sometimes unpredictable talent was evident from the start.

Herewith a miscellany of outstanding achievements on the rugby field:-

His final international appearance was on 15/10/1999 v Tonga (at Twickenham). England won 101-10 in a World Cup pool match. He scored a spectacular interception try which signalled a standing ovation when the ref. blew for no side.

At his best, Guscott gave the appearance of being cool calm and unflappable almost to the point of arrogance. Bath, England and the Lions profited gratefully from this trait. He was the man to have on hand in many a tight spot.

A Bit of a Rebel

As sincerely documented in his biography, in formative years Jeremy’s attitude to life was conditioned by occasional friction with those in authority. He was educated at St. Saviours Infants, Batheaston Juniors and then Ralph Allen School. Despite stormy brushes with some of his teachers he did manage to chalk up 7 CSE’s when finally accommodated by Bath Technical College. Perhaps this was a glimmer of his potential ability which was to be put to good use as an adult.

With no little help from unique rugby prowess and some well timed advice from his peers, Jeremy progressed from dumper truck driver, bricklayer, British Gas P/R, to be in demand for modeling, appear on TV shows (Gladiators, City Hospital etc), feature in a charity walk etc., to mature into a well informed and popular BBC TV pundit, rugby analyst and journalist.

A ‘Prince of Three-Quarters’

Jeremy is elsewhere dubbed ‘Prince of Three-quarters.’ To my knowledge, the first player to be honoured with a similar title was the great Bleddyn Williams MBE of British Lions, Wales and Cardiff. He was awarded the accolade of ‘Prince of Centres.’ Let us not forget John McG Kendall-Carpenter of England and Bath (1950’s), who was dubbed ‘Prince of Cornerflaggers.’
‘Royal’ company indeed for Bath’s own Jeremy Guscott.

A player of immense talent, skill, vision and pace.